Okay, so this version also breaks a lot. If you want to update from old version better make a backup. Most breaking things comes from moving classes to different packages and from renaming things.

Simply it’s a tabbed pane like you can see in your browser or almost any text editor. Except boring features like adding, removing, inserting tabs you can do: marking tab as dirty so when user will try to close it, pane will automatically display “Do you want to save changes?” dialog. You can make a tab which user won’t be able to close. You can also allow user deselect tab, and make something like this: (ignore the box select part please :D)

Thanks to MJ who contributed some code, you can now use table builders that allow to create complex tables using one table and without need to deal with colspan, it’s pretty cool. 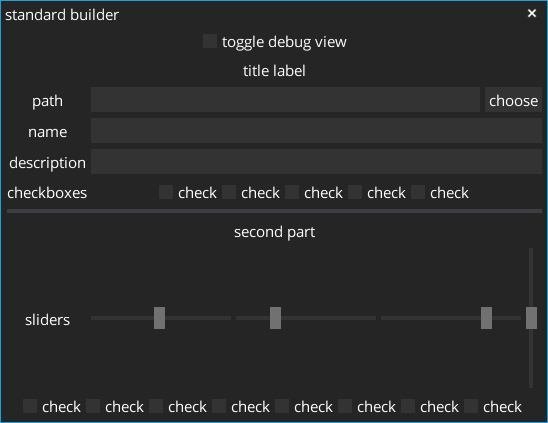 Font now support characters from Polish, German, Spanish, French, Greek and Russian. In font texture there was space that was unused anyway, so it’s has been put into good use now :D 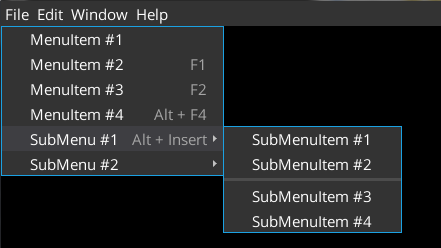 VisTree, Tree and VisSplitPane handle now have ‘over’ property, making them nicer to use. Vertical separator is now supported. Tooltip is kept withing stage. In FileChooser you can now do group select by pressing shift key. Simplified adding custom validators to FormValidator

Web demo was updated, check it out: demo

That’s all, pretty big update, sorry for breaking things, but it had to be done if we want to make some progress. Besides we are still in early versions: 0.x.y. Now I just have to update GitHub wiki.